The Augustów Canal is a 19th century cross-border canal in Poland and Belarus. It links the Baltic Sea through to two major rivers: Vistula River and Neman River. It has numerous sluices and locks to regulate the water levels, in Belarus for example Vaukushak lock, Dambruwka lock and the Nemnava lock. 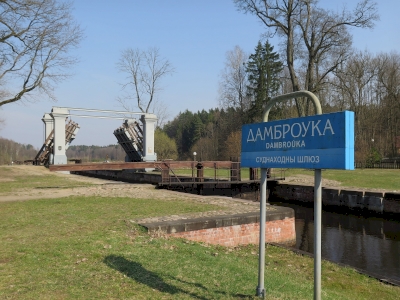 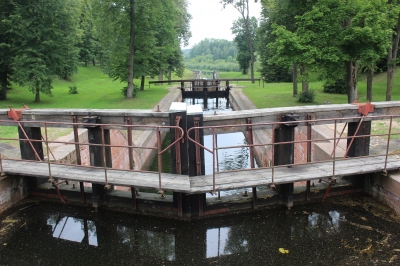