Throughout the millennia, woodland caribou have congregated on snow and ice during summer months, making Yukon’s ice patches a vital resource areas for Indigenous hunters. Hunting weapons that missed their marks became incorporated into the snow and ice. Fragile, organic objects, seldom seen at archaeological sites, are recovered, provide exceptional evidence for an enduring Indigenous cultural tradition of seasonal hunting. Persistent seasonal hunting demonstrates an outstanding and enduring use of a cultural landscape centred on alpine hunting and the evolved symbiotic relationships between ice, animals, insects and people for 7500 years. 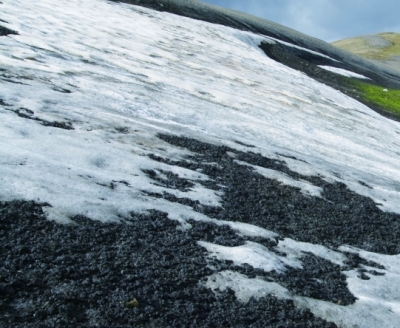