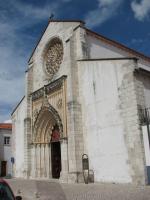 Full Name
Historic Centre of Santarem
Country
Portugal
Added
1996
Withdrawn
2017
Type
Cultural
Categories
You have an error in your SQL syntax; check the manual that corresponds to your MySQL server version for the right syntax to use near ') and (st.tent = 1) group by c.id, c.cat, t.id, t.theme' at line 6