The President Coolidge is part of the Tentative list of Vanuatu in order to qualify for inclusion in the World Heritage List.

The President Coolidge is the largest and most accessible wreck dive in the world. At time of launch in 1931, the SS President Coolidge was the largest passenger ship to be constructed in the United States, and in 1941 the ship was pressed into service to ferry American troops to the war front during the Second World War. The ship was sunk by an American mine off the island of Espiritu Santo, and is now home to a rich variety of corals and fish, including barracuda and sharks.

Map of The President Coolidge 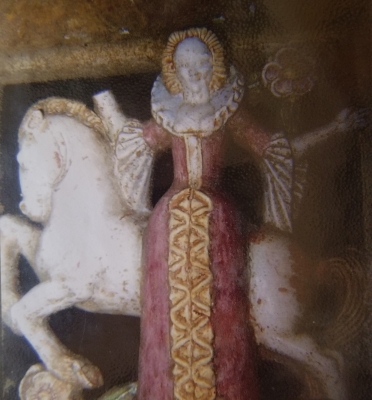 The SS President Coolidge was a large cruise liner later transformed for military purposes before it struck a mine in the shallow bays of Vanuatu. There is quite a lot of story behind it getting lost and its super calm evacuation you can read on various websites including Wikipedia. The entire cruise ship is now on its side at around 20m depth just off the bay on Vanuatu's northern big island Santo. This place is one of the best dive sites in the world, especially for wreck enthusiasts, and many people come from around the world to dive here for up to a week.

The entrance to the dive site is off the shoreline. You need to walk into shallower waters for around 50m before you can start swimming and eventually descend down the well placed lines. Most of the ship is in good condition for something that has been submerged for over 75 years. There are dozens of chandeliers, a fountain, air fuel tanks, medicine supplies, a medical bay, AA guns, even 4WDs as you explore more. The highlight of the cruiser is "The Lady" riding a unicorn (now sans horn) at 40m depth, a small a porcelain relief that once adorned the galley. Dive guides will usually not take you down there at the first dive due to safety concerns. Vanuatu dive shops seem well aware of safety standards and ensure you are able to dive that depth and it will not clash with your departure flight. As the cruiser is so massive it can take up to week to explore all of it anyway. Usually you are only diving 2 dives per day and then moving on to the Million Dollar Point in the afternoon (which has another great read if you are interested).

Now the question is, should this be listed as a World Heritage Site? It isn't as grand as the Titanic but probably comes close. The site is super accessible and a great dive. It is the biggest accessible ship wreck in the world. There is no official protection of the site but the dive shops are well aware of needing to protect it. These are all superlatives and scratch at uniqueness but I don't think that is what UNESCO are looking for with their inscriptions. Additionally, once this gets protection that means no more diving? Then it just sits there and only researchers go there? I doubt the Vanuatu government really wants this and maybe the tentative listing is just to raise awareness of it's existence if that is at all necessary. The Truuk Lagoon has a whole fleet of massive ships including the glorious San Francisco Maru thus I also find it difficult to say the Collidge is such a step higher up to be worthy a WHS listing just because it is bigger and near the shore.