Ciudad Bolivar in the narrowness of the Orinoco River is a mixed site highlighting the cultural landscape that developed along a narrow stretch of the second largest river in South America by volume. The cultural landscape is defined by the granite outcrops of the narrows, which led to settlement by indigenous peoples and the establishment of the colonial river port city now known as Ciudad Bolivar in the 18th century. This site also recognizes the geologic rock formations that created this river channel, and the flora and fauna residing in this landscape, including the endangered West Indian manatee and the tucuxi, also known as the river dolphin. 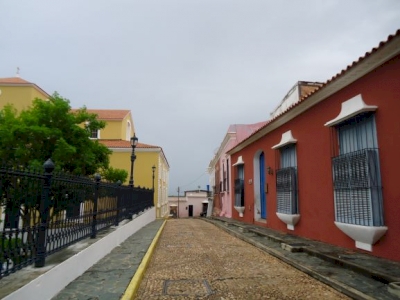