The Cuenca Mirador comprises the archaeological sites of El Mirador, Nakbé, Wakná, Xulnal and El Tintal in the Mirador Basin, a depression in the rainforest. They were large pre-Columbian Maya settlements from the Preclassic period (1000 BC – 250 AD). Tombs have been found here with mural paintings and hieroglyphic inscriptions. Several locations were linked by causeways. 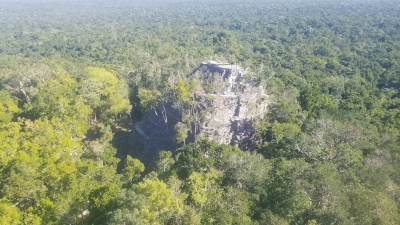