Cantona is an archaeological site of a major fortified town that flourished between 550 and 950. It stands out from other pre-Columbian cities by the absence of mortar or cement in its buildings and the construction of its roads excavated from the volcanic rock. It houses military, public, religious and residential infrastructures, as well as a record 24 ball courts. 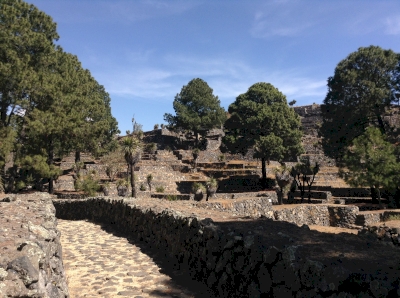