Great Spas of Europe (Germany) is part of the Tentative list of Germany in order to qualify for inclusion in the World Heritage List. 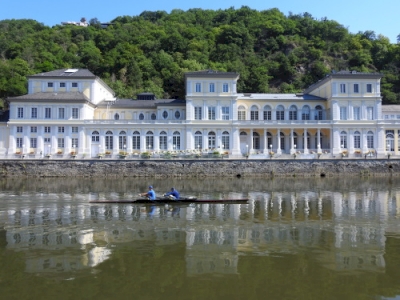 The Great Spas of Europe will be discussed at the 2020 WHC meeting, whenever it will be rescheduled. I had ‘ticked’ it already in 2014 with a visit to Spa in Belgium and of course, like 553 others on this website, had been to the future double-nominated City of Bath in the UK as well. But with a serial transnational nomination such as this, it is always interesting to visit locations in other countries. Germany has 3 Spas left in the line-up for the 2020 nomination: Baden-Baden, Bad Kissingen and Bad Ems (Bad Homburg, Wiesbaden and Bad Pyrmont have been dropped). On my way back home from Worms I stopped for a few hours in Bad Ems, where they were eagerly awaiting the decision. 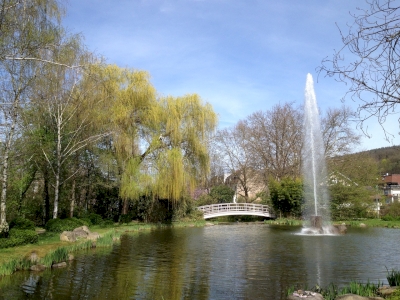 I have been to several of the nominated towns and while I find the topic very interesting and most towns worth a visit I feel that the nomination is to big and includes too many towns with hardly any OUV. I think it would make more sense to nominate the best example(s) and not so many candidates. A good candidate from what I can see without having been there is the Czech triangle as a separate nomination. I feel the French, Belgian and Italian candidates have very little to offer and could be left out altogether. In Germany I have been to Bad Homburg, Wiesbaden and Baden Baden. All are beautiful and a nice visit but Baden Baden sticks clearly out for me: It was the most famous of the German Spa towns and had the most famous guests. The town center is, other then Wiesbaden, clearly centered around the spas and laid out in the most beautiful way along a park. It is still an active spa town and well renovated and exudes still the air of luxury and style. It even has a splendid casino, good museums and a few castles to complete the perfect spa town. I think it would make a perfect candidate on its own. Nearby Schloss Rastatt is a wonderful excursion.

Currently residing in Bad Homburg, I was pleased to learn that it is planned to be included as a part of this transnational proposal. If successful, this would make small Bad Homburg home of two WHS, the other one being Kastell Saalburg, the most significant part of the Limes in Germany.

Germany is home to many spa towns and indeed many also feature in this proposal. Bad Homburg used to be, and still is, one of the most prominent ones. Until WWII it was also quite international, with prominent guests coming for treatments, entertainment and social contacts.

The most prominent element of this site is the huge spa park designed by the famous French garden architect Lenne, who additionally planned the spa park in nearby Wiesbaden. Many functional and ornamental structures are scattered in the park: a bathhouse (of course), an orangerie, a historical tennis court, a historical golf course - first in Germany, a casino, a pond, a Russian Orthodox church and even a Thai Buddhist temple. The last two constitute evidence of the international nature of the Bad Homburg clientele. There are also several fountains and monuments. Everything is well kept and survived the destruction of WWII. Only the interior of the bathhouse did not fully survive.

A major lose, on the other hand, was the Kurhaus, an establishment found in every spa town that housed the cultural events. It was famous and lavishly decorated. A visit to the well preserved Kurhaus in nearby Wiesbaden can demonstrate what was once standing in Bad Homburg too. Now an ugly modern building stands there, but plans are underway to reconstruct the facade of the historical Kurhaus. I wonder how Icomos might react to that.

Next to the spa park is the Kaiser Friedrich Promenade, where many historical villas stand. Most of them are well kept and show the wealth of Bad Homburg's historical residents.

It is interesting to compare Bad Homburg to nearby Wiesbaden, a fellow candidate in this serial nomination. Unlike Bad Homburg, Wiesbaden was not bombarded during WWII and its magnificent historical buildings all survived unaltered. Wiesbaden features an impressive ensemble of monumental buildings: the casino, the spa theatre and the bathhouse. Bad Homburg features nothing parallel in the category of monumental architecture. On the other hand, the park in Bad Homburg is much larger and rich in monuments. Wiesbaden developed into a true industrial city. It has a large boulevard next to the spa monuments, but no historical residential villas on it.

Comparing the two, it is interesting to see how the concept of serial nomination works: Bad Homburg and Wiesbaden are not just good exemplars of historic spa towns each. They also represent different aspects of the same phenomenon. Knowing Baden-Baden, Baden bei Wien and Franzensbad, I consider this transnational serial nomination to be a valuable addition to the WH list. I would also recommend visiting more that one of the towns on the proposal in order to grasp the ideal of the spa town at the turn of the century.