Ceremonial Centres of the Early Micronesian States: Nan Madol and Lelu has been part of the Tentative list of Micronesia (Federated).

Map of Ceremonial Centres of the Early Micronesian States: Nan Madol and Lelu 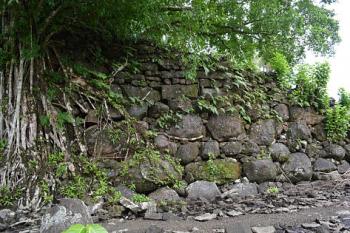 In June 2017, I spent five days visiting Kosrae, one of four states in the Federated States of Micronesia. With my visits to Yap in December 2008 and Pohnpei and Chuuk in December 2015, I have now spent at least a couple of days in each of the four states and each of them has at least one site that either has been, or should be, inscribed on the list of World Heritage Sites. Kosrae might be the most underrated of all of them. While it might lack a world-renowned site like the stone money in Yap, Nan Madol in Pohnpei and the wreck diving in Chuuk Lagoon, there is plenty to do in Kosrae and there is at least one site that should be much better recognized, especially by UNESCO.

I stayed at Kosrae Nautilus Resort (KNR), which changed ownership by way of raffle to a 27-year old Australian last October. KNR and its neighbor, the Pacific Treelodge Resort, are the two best places to stay on the island. The restaurants at both are great, and I had lunch (usually fresh tuna sushi and sashimi) everyday at Bully's, the Pacific Treelodge's restaurant, which sits along a mangrove channel at the end of a long boardwalk. Dinners were taken at KNR.

The best site on the island is Lelu Ruins, which I visited a couple of times. It's reminiscent of Nan Madol, but Lelu is not as well maintained and is inland. It can be reached by passing between the homes across the street from Ace Hardware.

The snorkeling was outstanding, especially inside the blue hole, a natural opening in the reef flat that's about 200 meters into the flat across from the Kosrae Nautilus Resort. I also went snorkeling with the owner of KNR at Hiroshi Point, which is past the surf line about 150 meters offshore. (It wouldn't be wise to solo snorkel at Hiroshi Point.)

To explore the entire island, KNR rented me a relatively new Japanese-drive car for $50 -- although driving is on the right.