Ancien Hôpital Albert Schweitzer de Lambaréné has been part of the Tentative list of Gabon.

Ancien Hôpital Albert Schweitzer de Lambaréné is a wooden hospital built by the Franco-German doctor Albert Schweitzer from 1913. This hospital is a material trace of the early beginnings of two important social movements: humanitarian action and respect for the environment. Its operation respected the local traditions where hospitalised patients lived with members of their families and where the latter took part in the life of the hospital. 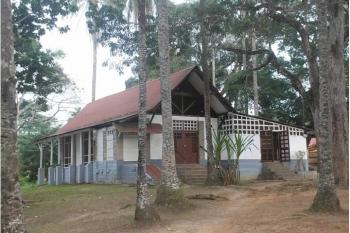