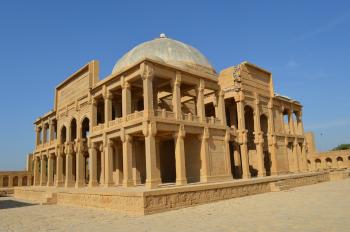 Makli graveyard without water supply for past eight years (2016.03.27)

Mughal Empire
Located in a Former Capital: Capital of Sindh 1592-1739
Silk Roads: (Near) South Land Route; in ICOMOS thematic study but no details on role or function