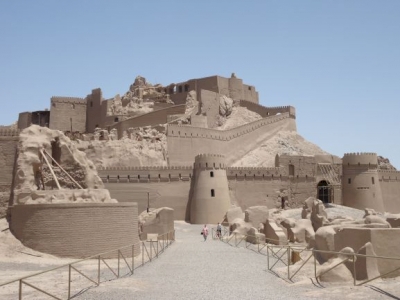 Site visited in May, 2010. No doubt one of world wonders and certainly a must-see place while visiting Iran (together with many others). Once considered the biggest adobe (clay-based) building in the world, Arg-e Bam or Bam Citadel is currently slowly rising from ruins after devastating earthquake that struck in 2003 destroying the whole city. 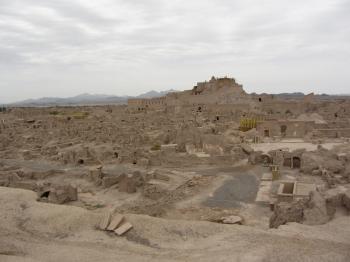 Italy and Iran have recently signed an agreement for buttressing, preservation, and restoration of the Bam Citadel (2008.09.09)

Parthian Empire: Earliest remains (citadel of Arg-? Bam) probably belong to the Parthian dynasty
Achaemenid Empire: The origins of Bam can be traced back to the Achaemenid period
Silk Roads: Classic Land Route; "For centuries, Bam had a strategic location on the Silk Roads connecting it to Central Asia in the east, the Persian Gulf in the south, as well as Egypt in the west and it is an example of the interaction of the various influences" (AB ev)

Location for a classic movie: The Desert of the Tartars (1976, it won the Italian film prize David di Donatello and was one of the selected Classics at the Cannes film festival)