The royal necropolis of the Thracian city of Seuthopolis (extension)

The royal necropolis of the Thracian city of Seuthopolis – a serial site, extension of the Kazanlak Thracian tomb is part of the Tentative list of Bulgaria in order to qualify for inclusion in the World Heritage List. It is a proposed extension of Thracian tomb of Kazanlak WHS.

The royal necropolis of Seuthopolis comprise 8 burial mounds in the Kazanlak Valley. They were built for Thracian noblemen in the 4th and 3rd century BC. Objects like a mask made of thick gold sheet and the bronze head of Seuthes III have been found here. 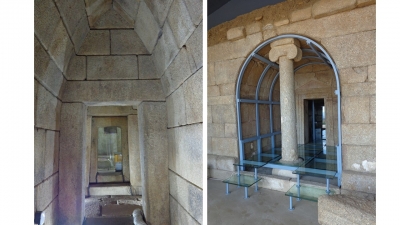 Unesco Website: The royal necropolis of the Thracian city of Seuthopolis – a serial site, extension of the Kazanlak Thracian tomb