Uplistsikhe Cave Town comprises the ruins of a fortified town on a rocky cliff, partially built in caves hewn in the rock. It was inhabited from late Antique period (IVth century BC) until its final destruction by Mongols in the 13th century. It has preserved its original identity throughout a demanding historical life. The complex is noteworthy for the co-existence of pagan and Christian cultures, as well as the combination of various styles of rock-cut architecture (Asia Minor, mainly Paphlagonia and Midia-Persia). 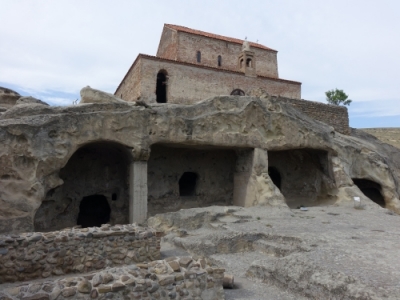