The Fish River Canyon of southern Namibia is the second largest canyon in the World after the Grand Canyon of the USA. From the first waterfall north of the northernmost viewpoint, to a point opposite the Chudaub trigonometrical beacon, the canyon is 56 km long, measured along the river course. Major continental uplift, following the break-up of Gondwanaland some 130 million years ago, resulted in the deep incision of the river to its present day level. 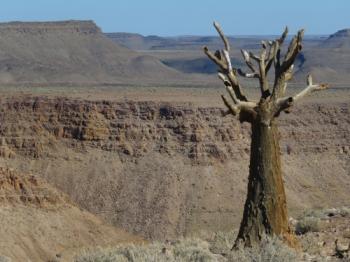 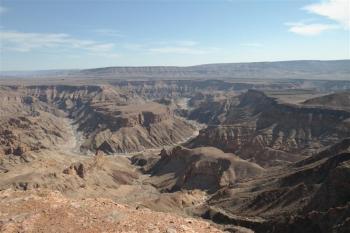