It was built in remembrance of the martyr Menas of Alexandria, who died in 296 A.D. This archeological site is important for the knowledge of Early Christianity. A large basilica church, an adjacent church that had probably housed the saint's remains, a large dormitory for poor pilgrims, and Roman baths have been uncovered, but there a very few standing remains. 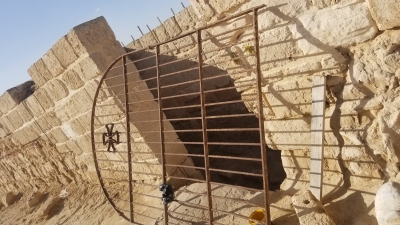 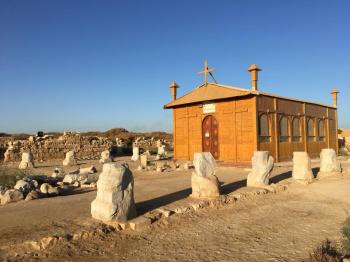 Byzantine Empire and Civilization: early Christian holy city were built over the tomb of the martyr Menas of Alexandria, who died in A.D. 296 (OUV) - Egypt at the time and in the following centuries was part of the (Eastern) Roman Empire (Byzantine).