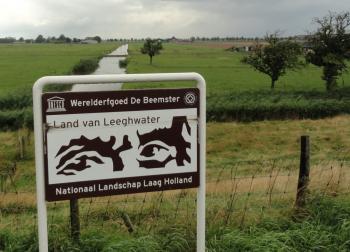 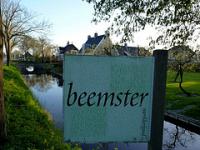 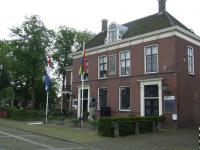 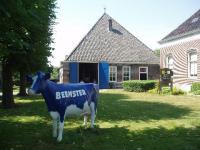 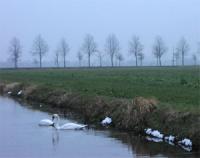 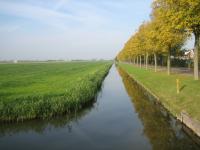 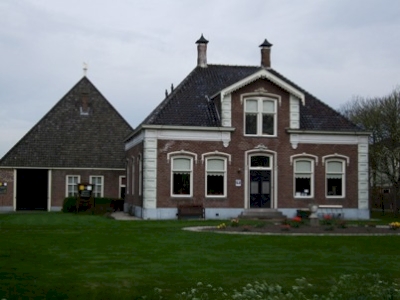 So typical Dutch that it even is not remarkable anymore when you are living there. Flat, very flat, and neatly ordered. The best views of this and other polders in the area are from the air when you prepare for landing at Schiphol Airport.

My first visit was on a dreary Sunday, not the best of times. A good way to explore the Beemster polder is on a bicycle. But beware: the wind can be strong in these open fields!

On my second visit, I tried to find (and photograph) some of the 62 monuments that are included. The village of Middenbeemster is the core area for this: when you park your car near the church, a couple of the monuments are close enough to visit on foot. A little more out of the way is the windmill (under repair) and the Mennonite church. The roads are so narrow here that it's impossible to park.