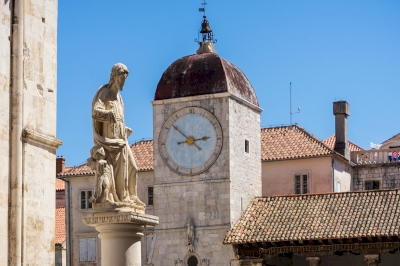 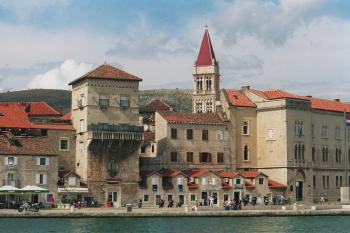 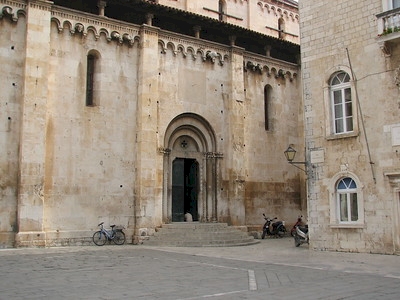 Trogir was my fourth WHS in a row during my short stay in Croatia, and honestly, I didn't find it that special. Maybe some fatigue had crept in. But the Trogir cathedral looks a lot like the one in Sibenik. And those stony, narrow backstreets I also saw in Split and Stari Grad. I even noticed the same black cat in several places, or was I just imagining that?

The tourist hordes were here too. Trogir is close both to Split and to Split (Kastela) airport, making this an easy day trip for everyone. The focal point of attention is the Cathedral and the attached square, at which a number of monumental buildings are located. The Cathedral, like its counterpart Sibenik, has two lions guarding its front gate and similar statues of Adam and Eve. The pillars here are held by human figures that are supposed to represent Turks and Jews.