The basilica was rebuilt in the year 553 under the Byzantine Empire and bishop Euphrasius on the site of the older basilica that had become dilapidated. For the construction, parts of the former church were used and the marble blocks were imported from the coast of the Sea of Marmara. The wall mosaics were executed by Byzantian masters and the floor mosaics by local experts.

We stayed for two nights on a campground in Celena Laguna about 10 kms away from Poveč. A small street train brought us close to the old toen into the harbour. In the afternoon when the sun is hot there's not much going on in the old town. Only tens of restaurants try to convince one to sit on the many empty seats.

Many houses look not well maintained and close to a breakdown however it is a nice atmosphere with the Mediterranean Sea around the city. In the cathdral there are some information signs about its history that name the rooms one can visit and most interesting some mosaics from up to 1700 years in the past. The bell tower gives a nice view over the city and warns when the bell goes what did not prevent us from standing there and holding our ears closed so that they would not fall off. The cathedral itself we were able to visit later in the evening as it was used for a mass when we wanted to go in. It is a nice looking cathedral without any remarkable highlights.

In the evening it was then super hard to find a spot in a restaurant as suddenly the city was full of people and we ended up in a very crappy place at the end of the restaurant area.

All in all Poveč has some history to offer however it does not leave one behind breathless. 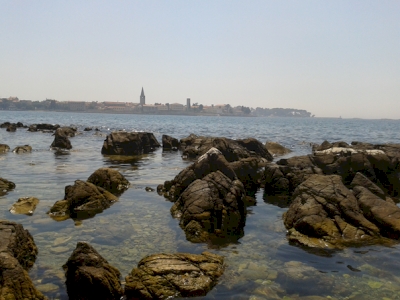 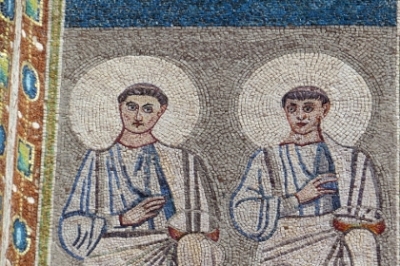 Porec lies in Istria, at the top end of the stretch of coast that forms Croatia. It can be easily reached from Italy or (as I did) from Slovenia. It has all the characteristics of other Croatian towns that I've visited over the past few years: pretty silhouette against the Mediterranean, grey stones, orange tiles. It really is different from the mountainous and forested Slovenia.

The town is small enough to easily get your bearings. There's large public parking just inland of the old city center. From there I walked along the seashore to the sharp tower that indicates the location of the Euphrasian Basilica. Entry is from the back, somewhere in the warren of streets, but I found it right away. There's an entrance fee of 40 kuna (about 5.20 EUR). There were a handful of other visitors around.

The circuit then goes on to the "Mosaics Museum": a collection of loose stones and tiles that have been recovered from this site. It includes some excellent early mosaics of subjects like vines, reminiscent of Roman pieces. Finally, you'll end up in the main church - with a Byzantine blinking golden apsis. I just sat down for a while to take all the glitter in. It's not as exuberant as the ones in Ravenna, as other reviewers also noticed, but still pretty enough for a regular Thursday afternoon... 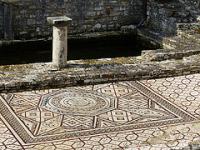 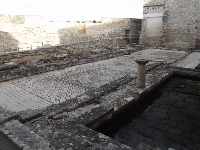 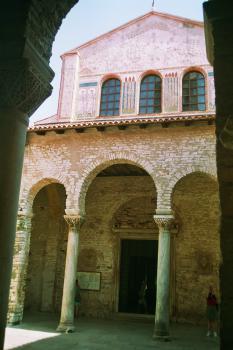 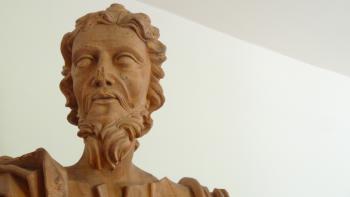 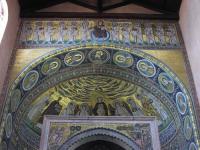