They form a second layer over the paintings from the earlier centuries. In all, there are 240 depictions on the walls. Its painter is still anonymous, but stands for the team that decorated the church and that was trained in the studios of the Turnove Art School.

A total of 18 scenes in the narthex depict the Life of St. Nicholas. The painter here drew certain aspects of contemporary lifestyle. In The Miracle at Sea the ship and the sailor's hats recall the Venetian fleet. Also most interesting are the full-size paintings of the donors, Kaloyan and Dessilsava, and of the Bulgarian King Konstantin Assen Tih and Queen Irina. Kaloyan holds a model of the church and presents it to St. Nicholas.

The architecture of Boyana Church dates from late 10th and early 11th century. It's the eastern part of the current building, which also sees additions from mid-13th century and mid-19th century.

Boyana Church can be found in a residential neighbourhood on the outskirts of Sofia. On my first visit, my taxi-driver didn't know its location, but after asking some directions we safely arrived there. The little church is hidden in a lovely park. I had to wait there some time before I was able to buy a ticket, and later before I was allowed to get into the church (because of its small size, only small groups can go in at the same time). The inside of the church is the reason to go here. All its walls are covered with frescoes. Dark blue is the main colour, and the paintings are now in good repair. During my second visit, I arrived by rental car. There is little parking in the street in front of it, but as visitors never will stay long that won't be a problem. Tickets are sold in special booth near the entrance - the fee is 10 Lev (5 EUR). From there you walk a few hundred meters through a forest, until you come at a sign where you are supposed to wait your turn to enter the church. There were no other visitors however when I visited on a Friday afternoon late June. A woman let me in and I had to leave my small backpack in the front room, before entering the church halls with the paintings. What struck me most this time is how small it all is. The paintings are surely worth it, they are very clear and in good shape. Especially when you consider that they were made in the 13th century. Since my previous visit, and also that of other reviewers (the last in 2017), a WHS plaque has been added. It is attached to the left of the church door, at the white plaster that you can see in all pictures of the church front. Click here to see more of my photos of Boyana Church 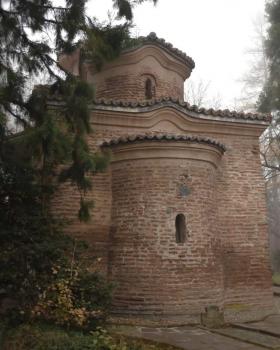 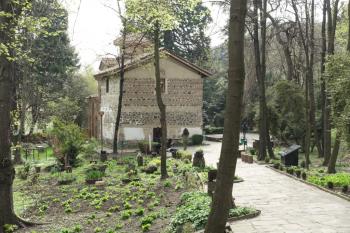 Located in a Capital City: Sofia (Capital of Bulgaria)

Western Bulgaria Hotspot: In the outskirts of Sofia