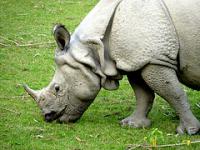 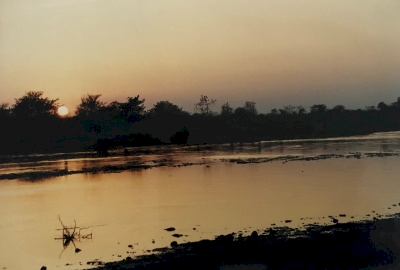 It certainly is not Africa: the big 5 is not to be seen here, but it is possible to go on a safari in Chitwan. In the early morning, I did a jungle walk. My two guides and I encountered a rhino and climbed up a tree to observe the magnificent animal.

Later that day I did a jeep safari, probably the best thing to do. Among others, we saw several sloth bears, recognizable for their white noses. No tigers, though ...

Infrastructure projects threaten to cut Chitwan National Park in half (2014.02.07)

Foreigner prices: Variations between Nepalese, SAARC nationals and other Foreign Nationals. Ranging from 100 to 1,500 Nepali rupees.