Frontiers of the Roman Empire – The Danube Limes (Western Segment) is a serial transnational site that comprises the remains of the Roman border along the Danube river.

The German part consists of 24 locations between Eining near Regensburg and Passau near the Austrian border. The eastern end of the Upper Germanic-Rhaetian Limes is directly adjacent to the Danube Limes. The majority of the structures are preserved below ground, original remains are visible at Bad Gögging (thermal baths), Regensburg (Porta Praetoria, included in the WHS Old Town of Regensburg), and at the Roman Museum Boiotro in Passau.

The Austrian part consists of 47 locations between the German border close to Passau (Bavaria) and the Slovakian border near Bratislava. The majority of the structures are preserved below ground, visible remains can be found at Mautern, Traismauer, Tulln, Zeiselmauer, and Petronell-Carnutum.

The Limes Romanus in Slovakia comprises 6 locations, centered around the remains of the Roman military camp Gerulata in Rusovce (Bratislava) and the military fortress Kelemantia in Iza. They date from the 1st and 2nd century respectively.

From the German locations included in this huge nomination, I have seen only remainings of CASTRA REGINA in Regensburg (already WHS by itself) as several parts of its fortification are still visible "in situ" (I have seen maybe two- or three-times during my occasional visits of Regensburg). The best known and at the same time the most spectacular part is PORTA PREATORIA, which is quite nice and impressive structure takeing into account how old this gate is. I had also oportunity to see the excavations below Niedermunster church located quite close to the gate, and parts of walls of late Roman barracks or residential villa are presented for organized tours in the underground of the church, but these are not very spectacular.

My opinion is that it does not deserve WHC status at all. Regensburg is already WHS and better preserved PORTA NIGRA in Trier has been already inscribed as well. Despite my skepticism towards this TWHS, I expect smooth after-referral inscription in 2020. 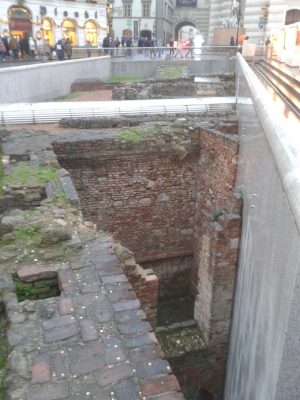 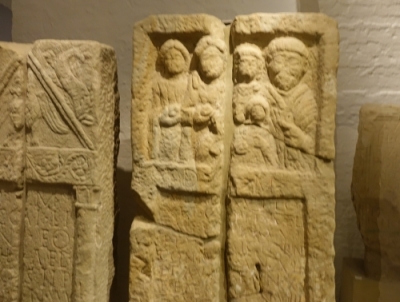 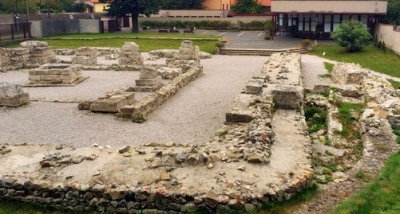 The Slovakian extension to the Roman Frontier Fortifications is minor but in my opinion highly important to the history of the Roman Empire. There are only two locations in Slovakia due to the Danube being the natural border between the Germanic and Roman forces. I went to the museum near Bratislava just across the river, far enough outside the city to actually not be Bratislava anymore but more importantly nowhere near bad traffic. The museum is called Ancient Gerulata Rusovce and features a small Roman military camp.

It has several layers of buildings from different time periods, most of them just presented by walls. The inside of the museum contains a lot of billboards for history fanatics and explains the region's fortification very well. The reason I found the camp important is that the Romans first did not cross the river due to logistic reasons but later on Emperor Antoninus no longer wanted to fight a war with the Germanic tribes and even had peace treaties.

After going through the inside for around 20 minutes you can still see the outside from a viewpoint but there is not much to see that you couldn't glance at during your walk to the museum. The museum doesn't cost much, parking should be easily found nearby (although I'm not sure why they can't add a few spaces for the museum just outside the gate), and for anyone near Bratislava I would recommend going here. I also regret driving by Iza, the second location, but at the time I didn't think it was worth going to another similar location and I think was mostly curious how come it is on the other side of the Danube.

Hungarian locations not inscribed after withdrawal by the State Party. This meant a reduction from 175 to 77 locations.

Includes a reduced version of Old Town of Passau (1984)

Frontiers of the Roman Empire – The Danube Limes (Western Segment)

Museums at the Danube Limes in Austria

The site has 77 locations

Located in a Capital City: A component (Vindobona) lies in Vienna, capital of Austria
Danube

Experimental Archaeology: Carnuntum: "Reconstructions have been erected using experimental archaeology. Building work was able to be carried out partly with original Roman stonework and with reconstructed Roman tools using ancient building technology and craft skills. All technical facilities in the buildings are fully functioning."

Serial sites with the greatest number of locations: 77

Serial Transnational Sites: 3 countries
Controversial at inscription: ICOMOS had advised inscription of this stretch, but Hungary withdrew its nomination on the eve of the WHC. Whether the remaining parts in Germany, Austria and Slovakia had OUV according to ICOMOS was hard to say. Inscription was eventually forced after a secret ballot, with an adjusted nomination expected to be submitted in 2022.
Exact locations inscribed twice (or more): Several of the Danube Limes locations in Regensburg lie within its Old Town; 7 locations of the Danube Limes lie also within the Wachau Cultural Landscape; 5 locations of the Danube Limes also lie within the Historic Centre of Vienna