a once in a lifetime visit to an amazing site. having read about the site being introduced as a new world heritage location i decided i had to visit for myself.

after 5 flights, 2 ferries and 3 car rentals the site did not disappoint.

a very simple, easy and beautiful drive from the main village of uturoa.

the marae complex is on the southeast coast of raiatea on a gorgeous lagoon. it is possible to see the break in the reef beyond to see how the ancient peoples would have navigated to the site by boat.

i was lucky enough to travel around other islands to familiarize myself with the polynesian culture before arriving at the ultimate site known throughout all of polynesia as a sacred complex. 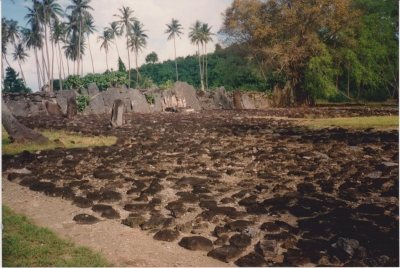