The Ancient villages of Northern Syria are the remains of rural societies from late Antiquity and early Christianity.

The area covers 8 parks with some 40 villages. Notable elements are:

After the mid-6th century, the area gradually fell into decline due to food shortages and epidemics. From the 10th century on it became totally deserted - it has been called the region of "dead cities". 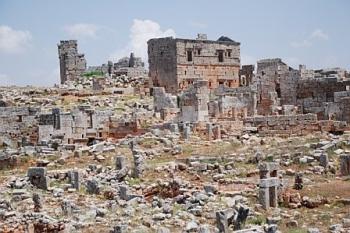 Byzantine Empire and Civilization: Basilicas etc - characteristic of the transition between the ancient pagan world and Byzantine Christianity (OUV)
Roman Province in its official title: Syria. Created 64BC
Silk Roads: (Near) Classic Land Route; in ICOMOS thematic study but no details on role or function