The Jantar Mantar is a collection of architectural astronomical instruments, built by Maharaja (King) Jai Singh II at his then-new capital of Jaipur between 1727 and 1734.

It is modeled after the one that he had built for him at the Mughal capital of Delhi. He had constructed a total of five such facilities at different locations, including the ones in Delhi and Jaipur.

The Jaipur observatory is the largest and best-preserved of these. It has been inscribed on the World Heritage List as "an expression of the astronomical skills and cosmological concepts of the court of a scholarly prince at the end of the Mughal period". 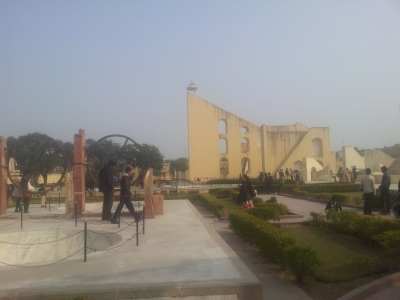 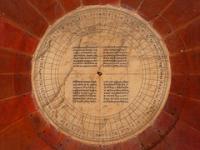