After the (then uninhabited) island was discovered, the city was named Ribeira Grande (Portuguese for large river) in 1462. In 1466, the settlement became an important port for trading slaves from Guinea-Bissau and Sierra Leone to Brazil and the Caribbean. Transcontinental slavery made Cidade Velha the second richest city in the Portuguese realm.

Cidade Velha's port was a stopping place for two great navigators: Vasco of Gama, in 1497, on his way to India, and Christopher Columbus, in 1498, while on his third voyage to the Americas. Cidade Velha also has the oldest colonial church in the world, constructed in 1495. 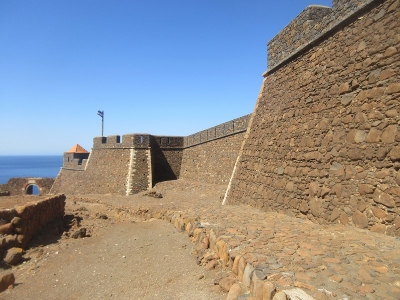 Earliest church in the tropics unearthed in former heart of Atlantic slave trade (2015.11.07)

Located in a Former Capital