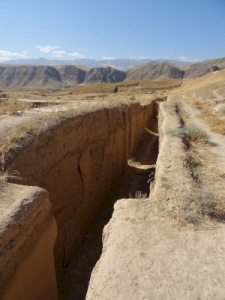 I feebly rated this site as the other members of the Community because it remains almost nothing of this old city. It looks like trenches of the WWI in a dry area...It's comparable to susa in Iran.

However, these are the ruins of one of the first capital of the Parthian Empire.

But it's an easy WHS to do thanks to its proximity of the crazy capital of Turkmenistan. So do it :) 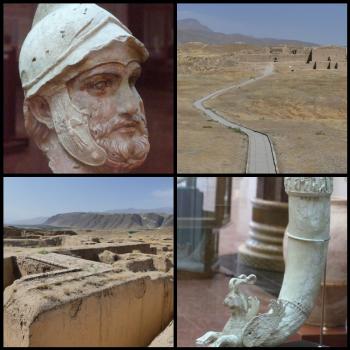 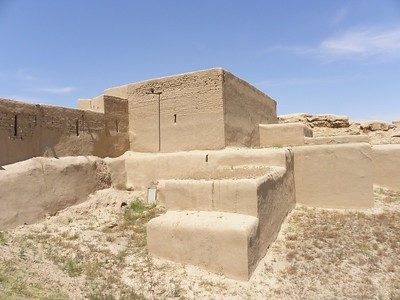 Although Nisa is situated quite close to the Turkmen capital Ashgabat, it took the best part of the day to get there. The group first had to visit the Türkmenbashi mausoleum next to the biggest mosque in Central Asia, the second biggest mosque in Central Asia (built by Mr. T. after a visit to Mecca), the ancient battlefield of Geok Tepe and a horse farm. Without lunch, we ended up at the gate of Old Nisa around 13.30 - the only excursion of the day that I had looked forward to.

The archeological site of Old Nisa itself is a rather small complex. It is strategically positioned with its back to the mountains, overlooking a flat valley. Walls and columns are mainly reconstructed, the only original parts are the outline (labyrinth-like) and some pieces half-hidden underground. A good overview of the site can be had from the viewing platform at the entrance, said to have been built for a visit by former French president Mitterand. It's not a spectacular site to visit in itself, imagine a rural Greek/Roman excavation. Inspiration or stories about the Parthians you'll have to get elsewhere, from museums or books.