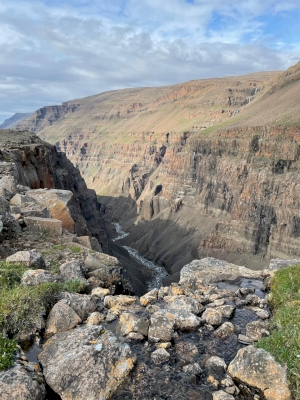 No road access: By helicopter. AB ev: “The nominated property is only readily accessible by helicopter from an airport near to Norilsk, located about 200 km north-west from its western border, or by boat along the lakes, but navigation on the only water course (Norilka River) leading to the Lama Lake is difficult.”