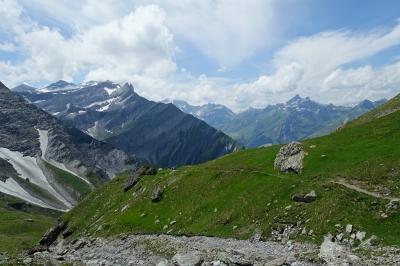 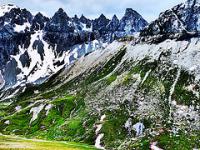 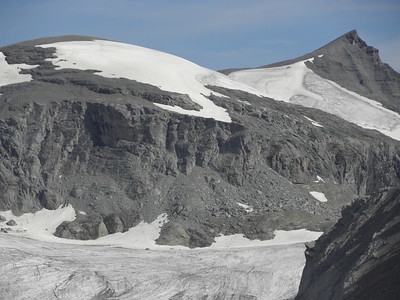 For my visit, I chose the approach from the south side. Two chairlifts and a cable car ride from the town of Flims brought me up on the Fil de Cassons, at the altitude of 2634m. This mountain ridge itself is part of the core zone of the WHS. The best thing however is the view of the surrounding mountains: no less than 555 Alpine peaks can be seen from here on a clear day. And although IUCN did not value the scenery as exceptionally beautiful, I found the 360-degree view pretty spectacular.

There's an easy hike at the ridge of the Cassons with displays to tell you all about the geology, flora and fauna. In preparation, I had tried to read the nomination file for this WHS, but it seems to have been drafted specifically for geology experts. It includes so many specific words that I did not really get a clue what it all is about. The only element that I can reproduce is that older rocks occur here on top of younger rocks, an effect created by the movement of the earth's crust. The different effects this has on the layout of the mountains can indeed be easily seen from here.

The area also is the starting point for several hikes. From Cassons I walked down to the lowest cable car station in Naraus. The path descends very steeply all the way. It is narrow, and loose stones and muddy stretches keep you on alert all the time. Including stops, it took me 2.5 hours to get down, an hour more than the hike is advertised. As I am writing this a day later, I can still feel the pain in my upper legs... 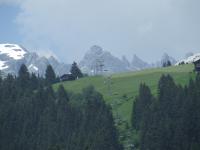