Djenné is situated on an island in the Bani-river, in central Mali. It was a prospering city from the 14th til the 16th century, when it acted as an important station on the Trans-Sahara route. 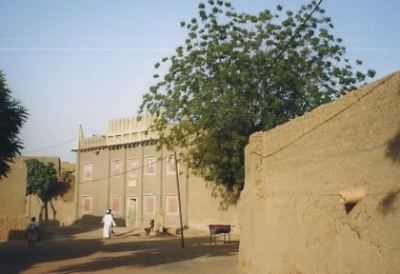 Quite a lot of tourists visit Djenné, especially because of its famous mosque. However, the old two-storey houses in town are also very worthwhile.

When you roam around the streets, the first thing that strikes you is the stench: the preservation of this world heritage has reached so far that it is not allowed to construct modern sewerage.

Discriminatory Entry Policies: Due to an unsavoury incident with an Italian fashion photography shoot, the great mosque is out of bounds for non-Muslim tourists.