The Portuguese City of Mazagan (El Jadida) is a port city on the Atlantic coast that was seized in 1502 and subsequently ruled by the Portuguese until 1769. It has been acknowledged for its interchange of influences between European and Moroccan cultures.

The Portuguese built a citadel here in 1514 and enlarged it into a fortification in 1541. They also constructed 4 churches within the fortification. The remaining buildings from the Portuguese period are the cistern and the Manueline Church of the Assumption. 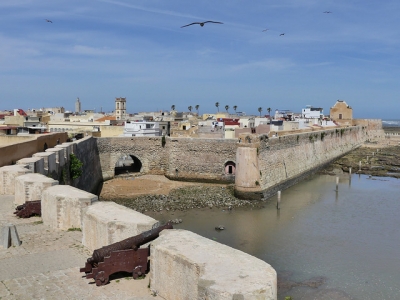 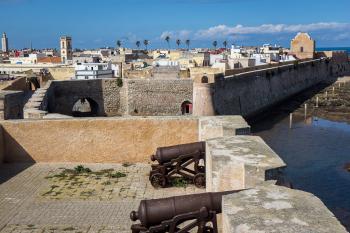 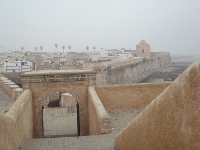