Hi all! My name's Greg and I'm currently trying to visit all 27 UK mainland WHS before my 28th birthday at the end of July - hence the 27 for 27 name! I'm writing about each site as I visit in the hope that it will form a book by the end. I love exploring the history of the UK and have been to other WHS around the world. This website is superb for wanderlust and I hope to contribute some of my own. 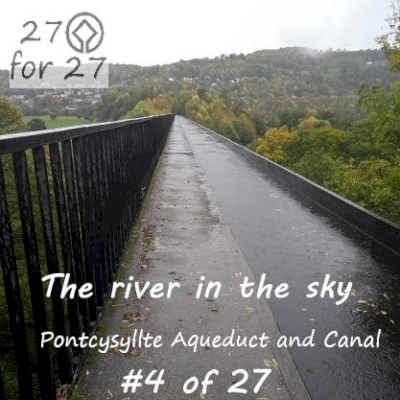 ‘The river in the sky’ as it’s known is a marvel to behold, even in the pouring rain when I visited. I took a train to Ruabon then the number 5 bus to Trevor which drops you off about a ten minute walk from the aqueduct. Once there you can pop into the free and informative visitor’s centre which has a few videos and boards about the construction. After a decade of construction it opened in 1805 employing a cast iron trough to carry the five foot five inches deep canal 1007 feet (307 metres) across the River Dee which lies 127 feet (39 metres) below. It holds enough water to fill 16,000 baths. 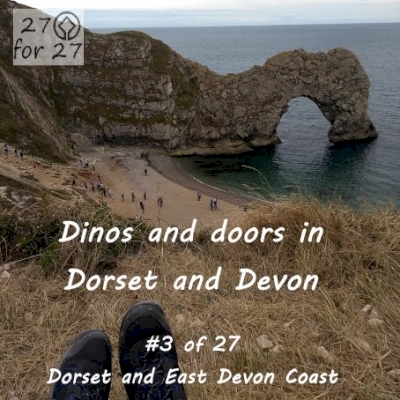 I only got the opportunity to explore the western end of this 95 mile long UNESCO World heritage coastline, but it’s enough to get a taste of the cliffs and beaches that hold stones and fossils from the Triassic, Cretaceous and Jurassic periods. Though it’s known as the Dorset and East Devon Coastline, the tourism board promote it as the Jurassic Coast, I guess thanks to Steven Spielberg and Universal. 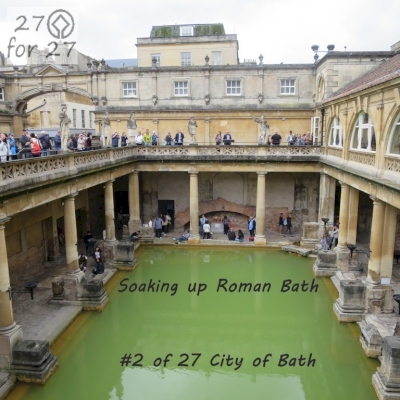 Again, just as with the Tower of London, I visited Bath on a school trip with a language school so had a little less freedom than I would have liked to explore Bath with its Georgian architecture and famous Roman baths.

The Circus and The Royal Crescent are the best examples of the architecture Bath has to offer, all built in the local Bath stone which is a beautiful sandy colour and makes the city very distinctive. I was surprised to learn that The Royal Crescent is actually just a facade and that the houses behind are of varying heights and sizes. There’s a popular green area in front of the crescent that’s very popular for picnics and photos. 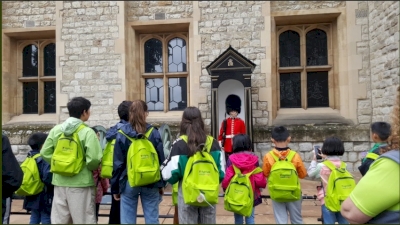 I visited the Tower on my 27th birthday at the start of a mission to visit all 27 of the UK's World Heritage sites within the year. It was a different visit to many people's I suppose as I was joined by 35 children on a day trip from the English language summer school I'd been working at, but still I was able to walk around the Tower and peruse the Crown Jewels all while trying to keep the kids in check.

The Tower is best approached by river cruise along the Thames. Approaching the tower from the water, you can sense the fear that the tower would have inspired as you glide past the famous ‘Entry to the traitor’s gate’ inscription on the wall. This is the second gate to the Tower and certainly the one through which no one hoped to pass. Those who had committed treason were taken by barge along the river, passing under London Bridge on which the heads of recently executed prisoners were displayed on spikes, and entering the complex through this gate.These ill-fated prisoners included Anne Boleyn, Catherine Howard and Thomas More, amongst many others who were accused of treason during the reigns of England’s unforgiving kings