Ancient Jericho/ Tell es-Sultan is part of the Tentative list of Palestine in order to qualify for inclusion in the World Heritage List.

Ancient Jericho is considered one of the oldest inhabited towns in the world. At the archaeological site of Tell es-Sultan, 23 layers of ancient civilisations from the 10th century BC to the end of the Byzantine period have been excavated. The proposal includes two more sites. Dier Quruntul is a monastery on the Mount of Temptation where, according to Christian tradition, Jesus Christ spent 40 days and nights fasting and meditating during the temptation of Satan. Khirbat al- Mafjar or Hisham’s Palace is an Umayyad palace complex that has only been preserved in ruins. 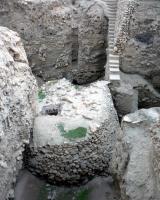 Partly successor to "Jericho Millenary City, Archaeological and Historical Urban Development (2020)", where this was one of the locations.