Hirkan Forests is part of the Tentative list of Azerbaijan in order to qualify for inclusion in the World Heritage List. It is a proposed extension of Hyrcanian Forests WHS.

The Hirkan Forests of Azerbaijan are three stretches of mixed broad-leaved forests within Hirkan National Park. These ancient forests have a globally significant plant and animal diversity. Many plant species are endemic and some are living fossils. 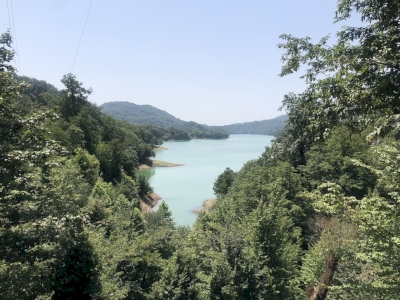 In July 2022, I arranged a day trip from Baku to Khanbulan Lake, about 3 hours away to Lankaran, close to the border of Iran. I originally intended to arrange a foreist hike within Hirkan National Park, but could not contact any available guide during the Eid ul-Adha holiday.

Instead, I trekked along the lake, admiring the lush forest along the trail. There were tourists camping around the lake area.

I would give it a thumbs up, come inscription time. The park managers argue that the Hirkan forest ecosystems on the Azerbaijan side are just as intact and uncompromised as their Iranian counterparts'. And the locals pledge to protect the territory. 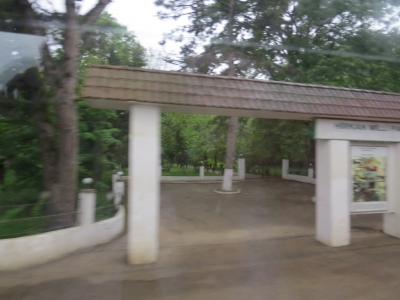 During the past week Azerbaijan has replaced its TWHS “Hyrcanian State Reserve”, dating from 1998, with “Hirkan Forests”. This revision follows the change in the national park structure that happened in 2004 and a further enlargement of the protected area in 2008. Though it may seem like a minor administrative adjustment, a change like this usually indicates an upcoming official nomination of the site. In this case it would be an extension to the Iranian Hyrcanian Forests WHS from 2019. The new Azeri TWHS is known for its ancient, deciduous mixed broad-leaved forests - in normal language that means: trees that shed their flat, usually veined, leaves. It comprises 3 locations.

A similar, but smaller site was nominated for inclusion in the WH List already in 2006 as “Hirkan Forests of Azerbaijan”. It was Deferred at the time with the option to renominate it as part of a transnational serial property with other Hirkanian forest areas in Iran.

When I re-read that IUCN evaluation now, I see no strong argument to either include or reject it. The forests are said to be of equal importance to sites known for vascular plant diversity already on the List, such as the Great Smoky Mountains. The Azeri site’s size is small, but there might be OUV if linked to Hirkanian forest sites in Iran. (I do not really understand this point as all components of a serial site should show OUV individually, so this alone should not have been a reason for Deferral). The removal of illegal settlements from the area however may have been a precondition.

I “visited” one of the 3 locations of the revamped TWHS on my way from Azerbaijan to Iran in 2016. I was well aware that I would quickly pass it by bus and sat ready with my camera in front of the windows. This explains the blurriness of the photo accompanying this post. To me it was a forest like any other, but I decided that I earned my future ‘tick’ when I noticed a park entrance gate marked Hirkan Milli Parki (photo). The road to Ardabil (in Iran) straddles the border and the Hirkan National Park. I am unsure about the proposed site’s exact borders, but will count it anyway as it is unlikely that I will ever visit Azerbaijan or this region again.

According to its new TWHS description, the area includes “living fossils” among its tree species such as the Persian Ironwood, Caucasian Wingnut and Caucasian Elm. The text even includes a cliffhanger: "...further endemic, rare, and threatened species ... will be detailed in the nomination dosser".

These Azeri forests are not contiguous with Lisar, currently the most western part of the 15 locations of the Iranian Hyrcan Forests WHS. And to add to the confusing storyline - last week Iran has launched a new TWHS to add 2 more locations which are in a wholly different area. All together, this serial transnational Hyrcanian Forests (T)WHS seems to imitate the pointless extension upon extension of the Ancient Beech Forests of Europe. If you have allowed one location in, locations of similar value (and there are many in these cases) will get into the List also. Even the Colchis Wetlands and Forests of Georgia (up for the WHC of 2020/2021) is related. All these "survived the ice age periods as extremely rare “Tertiary relict forests”".