Ancient and Primeval Beech Forests of the Carpathians - extension (Slovakia)

Ancient and Primeval Beech Forests of the Carpathians - extension (Slovakia) is part of the Tentative list of Slovakia in order to qualify for inclusion in the World Heritage List. 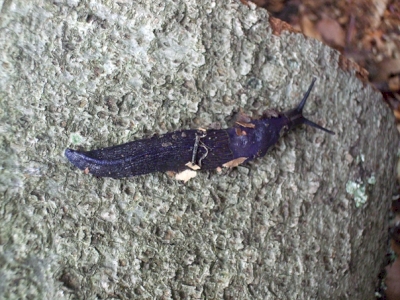 I am very happy to see that the sad story regarding Primeval beech forests WHS of Slovakia is coming to an end!!! I commented it in more detail in my review to the corresponding WHS.

After more than 10 years, Slovakia state party will propose modifided nomination that should be in line with the WHS standards - it means sufficient protection, clear boundary and legal status, etc.. The existing sites will be re-nominated with modified boundaries and buffer zones (Havešová, Rožok and Vihorlat components will remain; Stužica-Bukovské vrchy component will be cut into two pieces: Stužica and Udava), and another component Kyjovský prales will be added. I have not yet visited the additional component. It has special regime because it is a part of military area with restricted access. I was ca. 3-5 km from the Kyjovský prales only... but not directly there yet. Despite the special regime, it is possible to visit the area. The schedule is published on-line. What I know, this somponent is of perfect quality and protection. Thus, it is excellent candidate to enrich this WHS.

I include the photo of Carpathian blue slug (Bielzia coerulans) from Stužica-Bukovské vrchy component. I am happy to know that creatures like this will be finaly protected by highest possible level.

Updates, February 2020 (more than 12 years after firts nomination of the Slovak components):

My enthusiasm towards the substantial border modification slightly faded, but I am still happy anyway...

The 10 km long strip of valuable forests along the border with Poland between newly proposed components Stužica-Bukovské vrchy and Udava will be removed. Instead, so-called southern appendix, the side-ridge of Velký Bukovec covered by forests of partly lower value will be added. The reason is that the stakeholders, who owned the forests between Natural Reserves Plaša and Udava, do not agree that their land to be part of this WHS. OK, for the state party of Slovakia it is "the art of the possible". The overall impact to the forests of the Slovak components should be, however, very positive. New natural reserves with the highest level of the protection are to be created in 2020: (i) Velký Bukovec in the Stužica component (I visited this part by turning from the main ridge of Bukovské vrchy at Ďurkovec, and it is still nice area), (ii) Rydošová in Udava component, (iii) very large Vihorlatský Prales natural reserve should merge all previous small strict reserves into the new big one.

Concerning the new delineation of the Vihorlat component, there is a controversy initiated by the NGO Wolf. The protection of the lake Morské Oko (water surface and banks of the lake) in the middle of Vihorlat component has been lowerd from 5th to 4th level. A week before the elections in Slovakia, the NGO claims that it is a mean act that should help developers to destroy the area, and the NGO invites people to vote in the elections accordingly.... IMHO, the WOLF NGO behaves hysterically as usual, since even in the 1. buffer zone (now the area of the lake) should enjoy very high level of protection with all new developer activities banned or strictly regulated.

All in all, the core zones of the Slovak component will be finally strcitly protected that is very positive. Even the creation of 1. and 2. buffer zones are the progress towards much better protection than in the past. When reading the justification text of the state party of Slovakia, I was in shock that the newly established strict protection of the core zone and very high protection of the buffer zones mean that the decenial production of the wood (logging in the National Park) will be reduced by 45,267 m3 in the core zone, 65,647 m3 in the 1. buffer zone, and 564,979.2 m3 in the 2. buffer zone = all together loss of profits 14,627,004 EUR!!! The logging was fully legal and planned in the WHS components from 2007 till now. It has changed fortunatelly.