Arab Eclecticism - Foundation and evolution of an Architectural School in the city of As-Salt (1860-1925) is part of the Tentative list of Jordan in order to qualify for inclusion in the World Heritage List.

As-Salt is the birthplace of an eclectic Architectural School during the late 19th century, when it saw an influx of traders of Nablus. Architecturally elegant buildings were constructed, built in mix of Ottoman tradition and the Nablusi style with honey-coloured local stone. Abdel-Rahman 'Aqruq was its most notable architect. 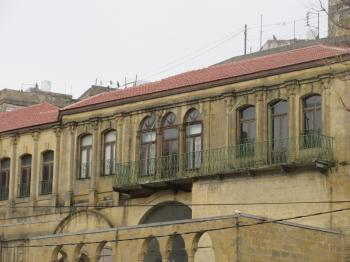 Unesco Website: Arab Eclecticism - Foundation and evolution of an Architectural School in the city of As-Salt (1860-1925)