The Residence Ensemble Schwerin represents a 19th century grand ducal court in the style of romantic historicism. Schwerin's lake landscape provides the picturesque backdrop for the ensemble of palace, town and gardens. The Schwerin Castle is the heart of the property, but the ensemble also includes the Cathedral and the Schelf Church with the ducal tombs, the barracks, administrative and functional buildings such as the stables and the court laundry. 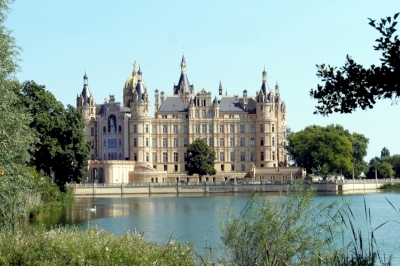 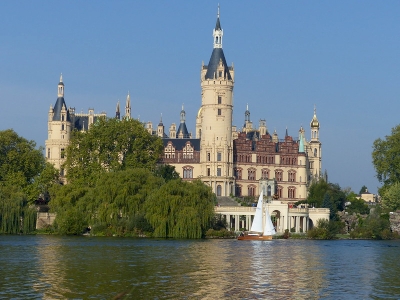 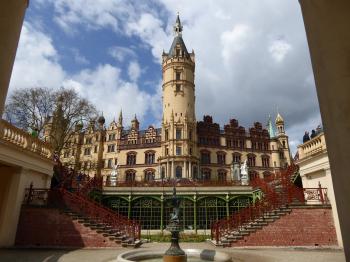