Nîmes, l'Antiquité au présent, is a proposal that illustrates the continuing influence of ancient monuments on the urban planning and architecture of subsequent periods up to the present day. Nîmes became a Roman colony in the first century BC. The most important monuments of the Roman period are the Amphitheatre and the Maison Carrée. An example of the integration of ancient remains into urban structures is the Jardins de la Fontaine, a French garden built in the 18th century around two ancient monuments: the Temple of Diana and the Tour of Magne. 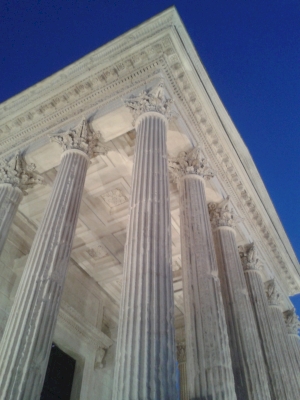 Updates 2021: The state party of France wisely decided to shrink the nomination of Nimes to a single building: Maison Carrée. The new proposal will be under consideration in 2023. I really liked the former temple, Mason Carée, during my visit in 2019, and it is a pity that the surrounding forum almost did not survived: there are only minor fragments of columns shown on the square around the temple. However, it is still favorable situation than in nearby WHS Arles, where only underground porticoes (Cryptoportiques) and a small torso of the temple survived.

On the opposite side of the square, where Maison Carée is located, hyper-modern Carré d'Art has been built from concrete, steel and glass by Norman Foster in 90s.

I cannot decide if this improved nomination will defend its OUV in comparison to other Roman monuments in Mediterranean, however, my thumb UP for Maison Carée!

Nimes certainly was an elegant city with great monuments such as Amphitheater and Masion Caree, but its beauty somehow shaded in comparison to its neighbors: Nimes was less lively than student town of Montpellier, in which I found also better examples of profane buildings from middle ages and later periods than in Nimes. Roman monuments of Nimes seemed somehow isolated in the rather ordinary streets with ordinary cathedral as compared to compact ensemble of Roman, Romanesque or Gothic structures in Arles or Avignon. The city of Nimes in Roman times was much bigger than today’s historical center, but only few structures survived. There are three main Roman monuments in Nimes: Amphitheatre (very nice and impressive, but also very similar to other Roman amphitheaters), Maison Caree (maybe the most significant monument in Nimes but small fragment of something similar can be found also in Arles on Place du Forum) and Tour Magne (huge tower located on the highest hill of the Nimes was part of its fortification, and one can spot it directly when standing in front of the railway station looking towards the city center; however, it is not clear from the nomination text if it is also included to the core zone). These are completed by smaller structures such as two former gates (I saw Porte d`Auguste only, which was quite interesting but would deserve restoration and better presentation) and Temple de Diane (this structure is also interesting with fine architectonic details). Besides the main antic monuments, the Baroque park of Les Jardins de La Fontaine was my personal highlight in Nimes, but also water basins, fountains and canals outside the Baroque garden and close to the railway station are surprisingly pleasant and interesting. Another surprise for me is that even the railway station building was included in the original nomination as an example of structure from 19th century inspired by Roman monuments, and I must admit that the inspiration from the amphitheater is clearly evident.

To conclude: Despite the presence of several high quality monuments, it would not bring any new aspect to already inscribe ancient WHS in the area. However, I can imagine an inclusion of main Roman buildings of Nimes to Pont du Garde WHS. The entire city center of Nimes should not be definitely inscribed, because the argument that classicist buildings are examples of the inspiration from Roman times is rather poor in my opinion. 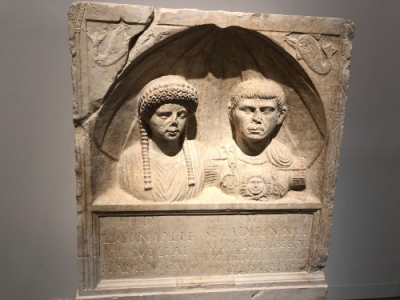 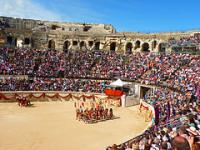 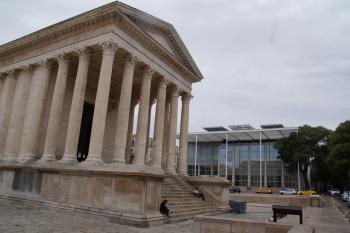