The Royal Court of Tiébélé represents a form of vernacular architecture and traditions from the 16th century. It comprises a large compound of painted houses, which are traditionally decorated by the women. The buildings are made of earth, wood and straw. 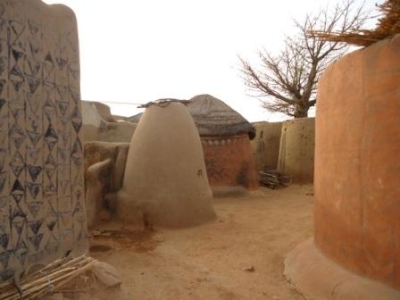