Dreams in Stone - the palaces of King Ludwig II of Bavaria

Dreams in Stone - the palaces of King Ludwig II of Bavaria is part of the Tentative list of Germany in order to qualify for inclusion in the World Heritage List. 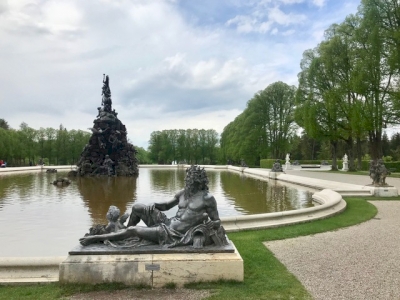 I think these three castles make a very nice group for a WHT nomination. Of the three I have only visited Neuschwanstein and Herrenchiemsee. I will certainly try to visit Lindenhof too, if only for its camp "Venusgrotte" and its further Wagnerian connections. It seems to have the most interesting park of the three.

These castles are certainly an oddity and this is part of the reason why they should be inscribed! Neuschwanstein needs the least introduction: Its exterior is iconic and its interior quite unusual in it pseudo Wagnerian pomp. A bit of a killer is the handling of the visitors: You get a time slot and a tour guide and then you get more or less chased through the castle because behind you there is already the next group approaching. You get to see only the parts of the castle where the rooms are decorated and furnished. Supposedly the larger part of the castle is unfinished and empty because Ludwig ran out of money!

While Neuschwanstein is a romanticized medieval castle, Herrenchiemsee is neobaroque and Ludwigs personal (and smaller) copy of Versailles. It is a similar visiting experience then in Neuschwanstein. It is a pity because the interiors are so sumptuous and odd that you would wish for more time to study them. It is at the same time absurd and moving that the whole castle is full of painting of Louis XIV whom Ludwig II admired. It is certainly the only castle in the world were you won't find a single image of the ruling king. There is an interesting museum adjacent and included in the price. The very best part of this visit is perhaps not the castle or the museum but the position on the island in the Chiemsee. There is a historically important, monastery that you can visit, french gardens around the castle, large woods and beautiful old trees. The changing views on the lake and the shores are very nice and you see also the sister island of Frauenchiemsee with a nunnery with an impressive church and a rare Carolingian "Torhalle" (gate hall). This is probably not part of the application but is a nice boat ride from Herrenchiemsee and should not be missed. 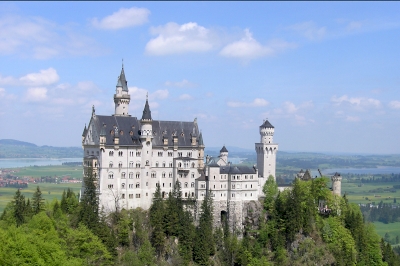 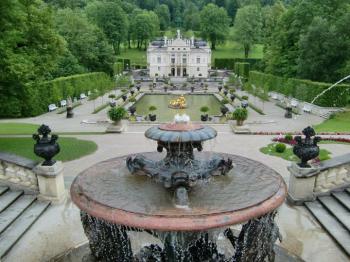 Unesco Website: Dreams in Stone - the palaces of King Ludwig II of Bavaria