Knights Fortifications around the Harbours of Malta

Knights Fortifications around the Harbours of Malta is part of the Tentative list of Malta in order to qualify for inclusion in the World Heritage List. Parts of this site have already been inscribed under Valletta WHS.

The Fortifications around the Harbours of Malta are forts and fortification lines built to protect the strategically important natural harbour known as the Grand Harbour or Port of Valetta. The fortifications were designed and built by engineers from all the major military powers: Spain, Italy, France and the UK. They represent a well-preserved collection of military architecture from the 16th to 20th century.

Map of Knights Fortifications around the Harbours of Malta 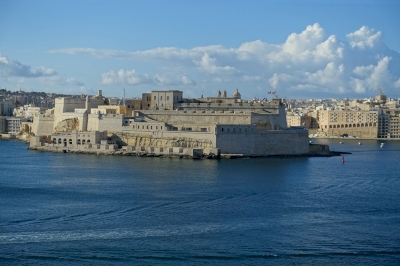 Valletta offers natural harbors on both sides of the peninsula on which it is located. Each harbor is protected by massive fortifications and forts along its shores. The fortifications were continuously improved by the local rulers (first the Knights of Malta, then the British) and repelled many attackers over the centuries.

Most noticeably, they repelled the Ottomans during the Great Siege of Malta. The event marked the end of Ottoman naval supremacy in the Mediterranean.

I fully concur with Ralf's assessment. This would be a obvious and well warranted extension to the Valletta WHS. Honestly, without researching the proper boundaries of the Valletta WHS, it feels like the surrounding forts are already part of it anyhow. A separate inscription meanwhile would be redundant. So yes for an extension. And no for a separate site.

Fort St Elmo is located on the tip of the Valletta peninsula. It houses the National War Museum and should be included in any visit of Valletta.

From the Lower Barraka Gardens you get great views of Fort St Angelo (picture). To visit, you are best served to take the regular (every 30min or so) Three City Ferry.

To the North you find Fort Tigne and Dragut Point. From this spot the corsair Dragut bombarded Fort St Elmo during the Ottoman siege. In later 19th century the British built batteries here. The Silema ferry takes you here. At the time of writing construction work was ongoing. This side gives you the standard photo opportunity for Malta. 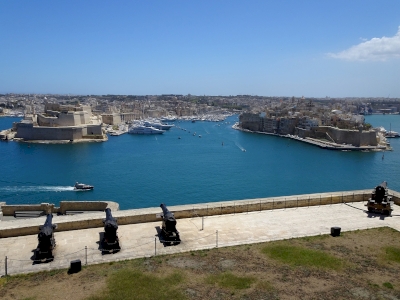 This is a confusing nomination. It concentrates on the fortifications around the grand harbour of Valletta, yet the old city of Valletta is already a WHS on its own, and its military aspects are prominently mentioned in the description. The nomination text mumbles something about other harbour fortifications, but doesn't bother to mention what exactly they mean. Do they want to include all the watchtowers scattered around Malta ? Or the Victoria lines coastal forts, which are part of another tentative site ? The core of this tentative site still seems to be the harbour forts of Valletta, meaning Fort St.Elmo at the tip of Valetta, Fort St Angelo on the opposite side of the harbour, and the various bastions next to them (although the nomination text does not even mention them by name !).

On the positive side, it's very easy to tick this site of when visiting Valletta. In fact, it is almost impossible to not visit some part of the fortifications when there, and the great views above the grand harbour is a must-see anyways. Fort St Elmo was extensively modified during the second world war and nowadays houses an interesting museum about the military past of Valletta, although the fort itself looks a bit neglected. I have only seen St Angelo and the various bastions from the outside.

All in all, this tentative site is a clear case for an extension of the already existing Valletta WHS, instead of making it a site on its own. There is no way that old Valletta can be separated from its own fortifications, which were in fact the reason why the city is there at all.

Bureau - Better to add to existing City of Valletta

Unesco Website: Knights Fortifications around the Harbours of Malta