Old Wastewater Treatment Plant in Prague-Bubeneč is part of the Tentative list of Czechia in order to qualify for inclusion in the World Heritage List. 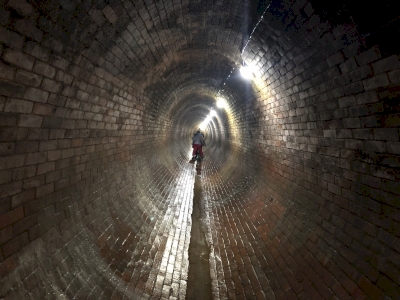 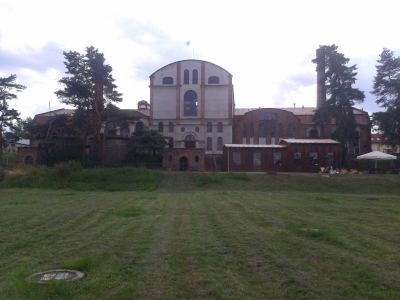 I am not such an expert and could not recognized qualities of this old building from 1906. I was aware of its existence but there was not reason to go around too often because the old wastewater treatment plant is very close to the new one, which is not obviously a place for evening strolls... However, the Bubeneč district has very residential, almost posh character, and the area with the TWHS is separated only by railway tracks. The site is very close to already cancelled railway station Praha-Bubeneč and not far to another one that is in the operation, Praha-Podbaba, with the tram stop.

I have not been inside yet but the site is open for visitors all year long (check their web pages). From the outside, the structure is quite large and it looks like quite interesting old factory. There are also cafe and beer bar in the "garden", but the vast green area just covers the underground parts for the wastewater treatment (PHOTO).

To conclude: the site is certainly interesting and perfectly preserved, but I cannot decide if this TWHS deserves the inscription and has any OUV, I would intuitively say YES - but we will see once the comparative analysis is released. As this site is explicitly mentioned as the case study site in the Water Industry As World Heritage document accessible via the link in the nomination text (it is there together with Augsburg and Tarnowskie Gory water management systems - WHSs with very low ratings by our community...), I would expect this nomination is supported also by experts. For sure it has better chances to be inscribed than some Czech TWHSs such as early medieval excavations in Mikulčice and renaissance houses in Slavonice.