The timeless, humanistic architecture of Jože Plečnik comprises 6 works of this architect in Ljubljana. The bridges, squares, parks and other public spaces date from between the 1920s and 1940s. Architecture and landscape were connected to modernize the city, with respect for the classical elements. 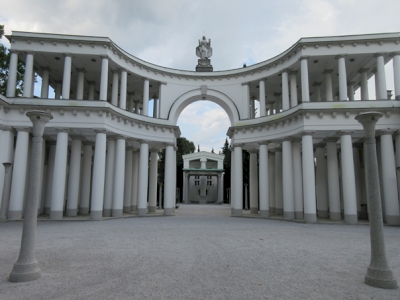 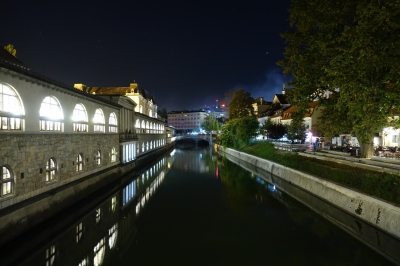 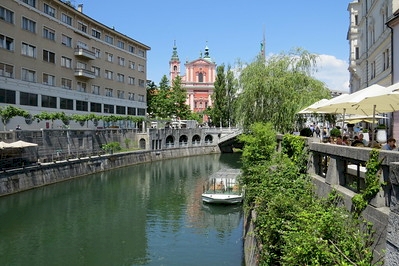 Slovenia’s Tentative List features The timeless, humanistic architecture of Jože Plečnik in Ljubljana and Prague. As the title already implies, this was meant to be a serial transnational nomination by Slovenia and Czechia. Last December however, after consulting ICOMOS, Slovenia decided to continue with the efforts alone: “the transnational bid was assessed as having little chance of success”. It is unclear yet whether they made the 1 February 2018 deadline for submitting the dossiers to be nominated for the WHC 2019, but we can safely assume that Slovenia will put this site forward within the next couple of years.

Jože Plečnik was a Slovene architect who made his most important works in the first half of the 20th century. He is nicknamed “the Gaudí of Ljubljana” for this architectural imprint on the city. I visited Ljubljana in 2014 after a few days checking out (T)WHS by rental car around Slovenia. This site wasn’t on the Tentative List at the time, so I had to revisit my photo archive of the day to see if I had visited (photographed) any of his buildings anyway.

The city is strong on Art Nouveau as well, and examples of that style stood out more to me in the streets of the Slovenian capital than the works of Plečnik. I spent most of my time at the embankment of the Ljubljanica River, an area in the city centre with lots of cafés and restaurants. This is already Plečnik Central. He was responsible for the masterplan to redesign the riverfront. It resulted for example in a total makeover of two existing bridges and the addition of a colonnaded market building.

The nomination will be a serial site of (at least) 4 locations across Ljubljana. Most iconic is the Slovene National and University Library building. It’s huge, with a square ground plan “modelled in the manner of the Italian palazzo”. Entrance for tourists is limited, but you can visit it on the twice-weekly “Walking Tour of Plečnik's Ljubljana” organized by the Ljubljana Tourism Organisation.

To me, the story of Plečnik and Ljubljana parallels that of Ödön Lechner’s Budapest, which I visited and reviewed a few months ago. These architects have had a large impact on country level, but lack the international exposure and following that for example Le Corbusier or Frank Lloyd Wright have had. Neither have they designed single buildings that are so iconic that they could compete in the league of the Sydney Opera House.

The Czechs were dismissed by the Slovenians and will withdraw their tentative site. At the Church of the Most Sacred Heart of Our Lord in Vinohrady, the single location that was proposed in Czechia, they were actually grateful for the outcome. The commitments resulting from a UNESCO listing would be a burden for the parish: "The church, ..., must first remain a church, a sacred space ..., and almost all the profane tourism of today is not very good".