Ayvalık Industrial Landscape is part of the Tentative list of Turkey in order to qualify for inclusion in the World Heritage List. 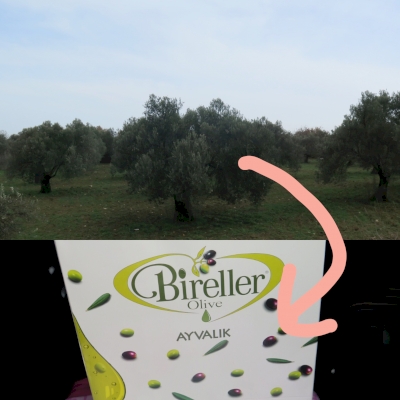 Ayvalık is a nice seaside town at the Aegean coast. It is easy to place this onto an itinerary when you visit the Aegean area as you are very likely to drive past it. I didn't have much time to spend in town but it mainly looked like shops for olive products at the marina. It's the nearby olive forest I was mainly interested in. There are also olive oil boutiques nearby the main road for your convenience. According to what I read this olive oil is rated as #3 in the world after Tuscany and Greece. I certainly made sure to buy some supply for my mediocre cooking at home. (Is there a limit for liquids in a checked baggage?)

There are several olive oil industries trying to inscribe themselves on the WH list. Andalusia, Spain will try soon and be either the first to be inscribed or first to be rejected, setting a standard for the rest perhaps. I personally recommend this as the Intangible 'Mediterranean Diet' and leave it at that, but the vineyards around the world have managed to get inscribed as part of the culture aspect as well.

I found it hard to understand this place. The olive-oil factories seem new and modern, the traditional houses a little normal, the town is neat and the nearby forest has indeed gave them a continued production livelihood based on olive oil, but is that enough? The document also speaks of corals and migratory birds as if they want to inscribe a natural site!?

I drove through the forest expecting it to be all the green parts on the map but actually it is "only" the western sections that had olive groves. I would recommend the drive though.