Großglockner High Alpine Road / Großglockner Hochalpenstraße is part of the Tentative list of Austria in order to qualify for inclusion in the World Heritage List.

The Großglockner High Alpine Road is a scenic mountain pass that leads through the National Park Hohe Tauern and crosses the main chain of the Alps. The road is 48 kilometres long with branches to the Edelweißspitze and to the Kaiser-Franz-Josefs-Höhe, the viewpoint to the Großglockner. The road was built between 1930 and 1935 mainly for tourists to enjoy the high alpine landscape and is considered a masterpiece of civil engineering. 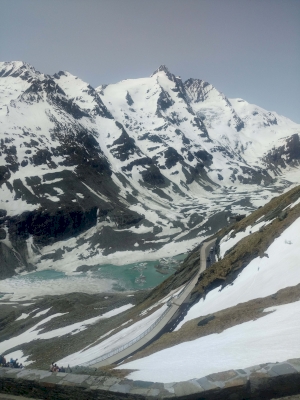 Driving on this road means visiting 2 TWHS at once, as this road runs north-south in the middle of Höhe Taurn National Park, which is another TWHS.

I took a bus tour on this road from Zell am See to Kaiser-Franz-Josefs-Höhe, which is the centerpiece of this TWHS, for 34 Euros with a company called Blaguss. The entrance fee to the National Park itself is 36 Euros per car, so it's a good deal. There is no public transportation from the north end of this road to Kaiser-Firanz-Josefs-Höhe at this time.

I was told that due to the abundance of snow on the road, this road did not open until late May this year whereas it usually opens in early May.  But while they were clearing the snow on the road, it seemed like a lot of snow has melted on the mountains, exposing some ugly traces of avalanches.

The Kaiser-Franz-Josefs-Höhe area is fully ready for tourists with an info office, one glass-caged viewing platform, and at least 3 restaurants, 2 of which were open.  That should be the case, as the OUV of this site is supposed to be its status as a prototype of mountain roads created for tourism.

The tour was led by a ranger from the National Park, who was quite informative but tended to go too much into detail, cutting into our lunch hours.

This road reminded me of Highway 93 that connects Banff NP and Jasper NP in the Canadian Rocky Mountain Parks WHS.  Both offer spectacular views of mostly snow-capped mountains. The difference is that Highway 93 runs straight while this one decidedly meanders.

But I do have to say that the scenery I've seen from the nearby Kitsbuhel ski area beats anything I saw on this day.

Another way to approach Kaiser-Franz-Josefs-Höhe is from Lienz on the south end of this road. I have never been to Lienz, which is supposed to anther city in Austria surrounded by spectacular mountains.  I later learned that these was a public bus connection from Lienz through Heiligenblut to Kaiser-Franz-Josefs-Höhe in summer, so if you come from Italy to Lienz, this may be a good option.

The photo is taken from Kaiser-Franz-Josefs-Höhe and shows Mt. Großglockner, the highest peak in Austria at 3798 meters, the liquidized Pasterze Glacier and the High Alpine Road. 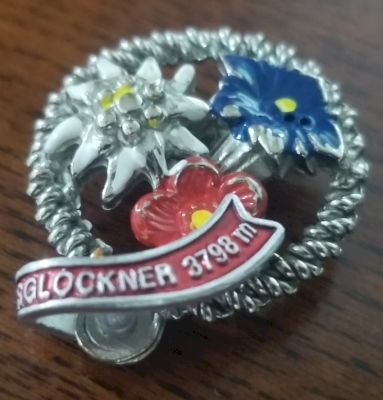 The road is set to be inscribed either this year or the upcoming ones. I am not surprised it gets an inscription due to the abundance of butterflies in the region.

There was one stop to see many of those but the other stops were closed. They also looked like needing a lot of refurbishing. Thus the main stop for the crowds is the glacier and they provide ample free parking. With proper equipment you can even hike to the glacier and back. One look at the howling tunnel and you will not want to hike there ;)

As much as I think glaciers are in need of protection, and there are already several on the world heritage list including its Swiss neighbour, I don't find adding another unique. In combination with the "natural beauty" and flora/fauna it is more of a nice bonus.

Pro tip: check what brochure they give you at the entrance as they gave me based on the rental car license plate so that's not very useful...I'm surprised they even had Hungarian! 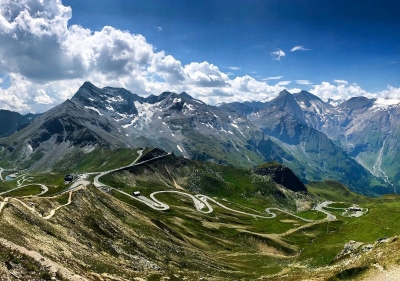 I'm a little surprised there isn't already a review of this site, as it's slated for inclusion in 2019 and also one of the most visited locations in Austria. The Road itself was constructed in the 1930s as a Depression-era employment for Austrians, and was one of the first automobile roads constructed specifically for tourism purposes. It passes through some incredible scenery, with magical views of the Austrian alps on both sides. We visited on a sunny Monday in August 2018, and it was very busy already!

We drove from north to south, and opted to take both the Edelweissspitze and Kaiser-Franz-Josefs-Höhe side-tracks for even more scenic views. Note that the latter branch is the only place where you can actually see the eponymous Grossglockner mountain and accompanying glacier.

Scattered along the length of the road is a series of 14 information points, all of which have some interesting info about various topics: construction, local flora or fauna and so on. Lots of parking, souvenir shops, bars/cafes and the like at many of these stops.

Practical info: like the road, the toll is quite steep at 36 euros per car (less for motorbikes and free for bicycles I think). You can return the same day for free, and returning the following day is only an extra 12 euros. But we continued driving south, onwards toward the Dolomites!