The Site of the Retiro and the Prado in Madrid is an urban landscape that has been evolved since the 18th century on the site of the former Buen Retiro palace and gardens. The proposed property includes the Retiro Park, the boulevard Paseo del Prado and the neighbourhood in between. Among the most significant buildings are the Royal Studio of Natural History (today the Prado Museum), the Palacio Cibeles, and the Atocha railway station. 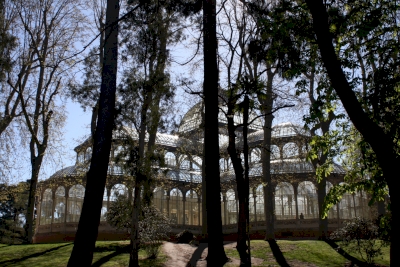 April 2017 - at the end of our honeymoon trip through Andaluzia we took the train to Madrid and flew back from there. It was the same price as flying back from Sevilla directly. The Renfe entered Madrid early in the morning, we stored our baggage at the train station and took a long walk along the Prado and through the Retiro park. It was marathon that day so in the Park we could spot some athletes who either were done or gave up early. The park is nice, it has a giant lake, a wonderful greenhouse and some representative building, but I guess it is comparable to other city parks in Europe. We enjoyed way more Madrids early skyscrapers, the castle and our last tapas for that trip. Happy we visited another European capital, though. 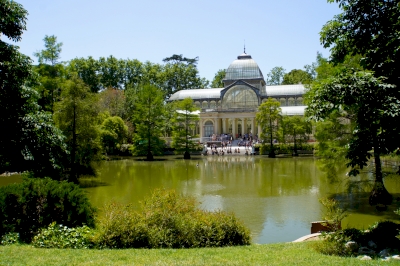 Madrid is certainly the most prominent member of the club "European capitals without World Heritage Site". Spain is densely covered with WHS, almost every region and island has at least one site inscribed, but the capital has so far been left empty-handed. And after my three-day stay in Madrid I would say: rightly so. However, the Spanish authorities seem to disagree and nominated the Site of the Retiro and the Prado for decision at the WHC in 2020, postponed to 2021 due to the pandemic.

For centuries, the proposed area was outside the city walls, today it is the green heart of Madrid. The Parque del Buen Retiro emerged from the grounds of the Buen Retiro Palace built by the Habsburg dynasty. The palace was destroyed in the Napoleonic Wars and never rebuilt, in the 19th century the gardens were opened to the public. The rectangular artificial lake is the centre of El Retiro and also one of only a few remains from the time of the royal palace. I liked the Palacio de Cristal best (photo), it reminded me of the wonderful greenhouses at Kew Gardens in London. But in Madrid are no plants on display; the building is used for temporary art exhibitions.
The park is very popular with the residents of Madrid, for sports and sunbathing, there are row boats for hire and playgrounds for the kids - a typical city park. It was quite busy when I visited on a hot Sunday morning in May 2019.

The Paseo del Prado in its present form is the result of urban planning in the 18th century, when the Bourbones wanted to modernise Madrid. Paris was probably the inspiration. So a wide boulevard was built with rows of trees. At first there were only a few palacios and decorative fountains along the Prado, but over the decades more buildings were added. Previous reviewers highlighted the Palacio de Cibeles (this eclectic style is not my cup of tea) and the Atocha Railway Station (lovely with the tropical garden under the historic glass roof).
The main attraction, however, is the Golden Triangle of Art, three famous art museums close to each other. I purchased a Paseo del Arte Card online: admission to the three museums for 30 Euros and valid for one year, very convenient (but you still have to queue at the Museo del Prado).

Whenever possible, great museums are on my travel plan. However, on a short stay it is hardly possible to visit these three collections in their entirety. So it is best to focus on the highlights. In the Museo del Prado these are the three Spanish masters El Greco, Velàzquez and Goya. All three are represented with extensive collections. Las Meninas by Velàzquez is probably the most famous painting in the Prado, at least it is one of the most discussed works in art history. And you can meet the artist in person, a Velàzquez statue stands (or rather sits) in front of the museum.
The focus at the Museo Reina Sofía is Spanish art in the 20th century, most importantly Picasso, Dalí, Miró. The main exhibit is Picasso's Guernica, the only time I saw more museum visitors in one room was in front of the Mona Lisa. The museum guards are a bit anoying, they meticulously ensure that no one takes a photo.
Finally, the Museo Thyssen-Bornemisza, in my opinion the least rewarding museum of the triangle. A walk through the museum is like a course in 800 years of art history. Every style and every renowned artist is represented, but no real highlight. The museum has its strengths where the other two have gaps, French impressionists for example.

Madrid is a great city. It is worth a visit and you can spend some enjoyable days there.
But there is nothing I would like to see inscribed on the WH list. Neither the cathedral nor the royal palace, not the historic city center and not the architecture of the Gran Via. None of these meets the criteria of outstanding universal value in my opinion. And that also applies to this tentative site.
So what is this proposal about? Three famous museums, a boulevard and a park. The museums don’t really count, the collections are movable and thus do not contribute to the OUV. And the palacios in which they are located are not outstanding. Same with Retiro Park, pretty, but nothing special.
Thus, a thumbs down from me. Not every capital needs to have a World Heritage Site. 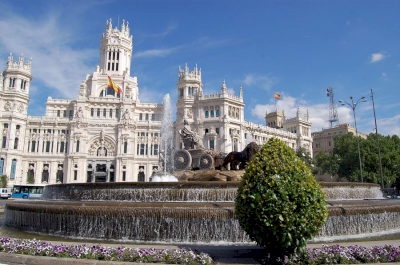 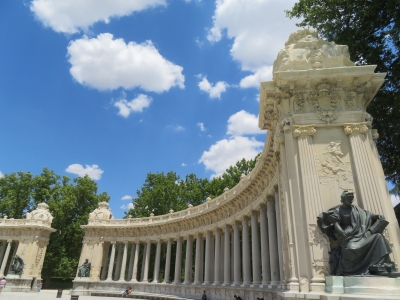