The ShUM cities of Speyer, Worms and Mainz refers to the cluster of three Jewish communities in the 11th century: Shpira (Sh), Warmaisa (W=U), and Magenza (M). The three cities were centres of Jewish scholarship and of great importance for Ashkenazi Judaism. The specific customs and legal principles that developed there are still effective for Orthodox Judaism today. The cemetery in Worms and the ritual baths in Speyer and Worms have largely been preserved in their original form. The other components are the remains of the synagogue in Speyer and the cemetery in Mainz and the synagogue in Worms, which was reconstructed after World War II. 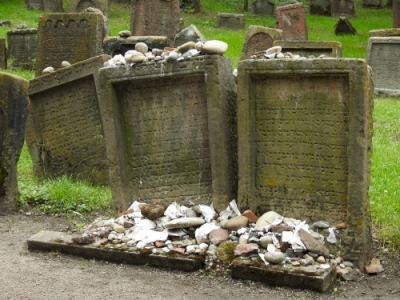 For my tour 13 people showed up (15 is the maximum). The tour is conducted in German only. The guide managed to fill almost 2 hours – it was her first tour post-Covid and maybe she got a bit carried away. The cemetery certainly isn’t large and half an hour would be enough when you’re on your own. But I was glad that I joined the tour as lots of little details were pointed out. The cemetery lies outside the medieval city walls of Worms and within its own enclosed area (it is locked during the night, but I noticed no other obvious security measures). A lot of new research on it has been done to strengthen the world heritage nomination dossier. 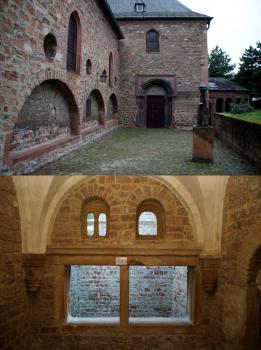