Ancient Messene is located in the southwest of the Peloponnese at the foot of Mount Ithome and was the capital of the Messenia region in ancient times. The area of Messene was not destroyed or overbuilt by later settlements. The surviving remains date mainly from the 4th century BC, the period after the end of Sparta's hegemony. The most significant remains are the ruins of the theatre, the stadium and the temple of Asclepeion. 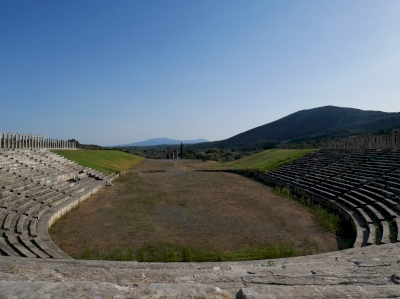 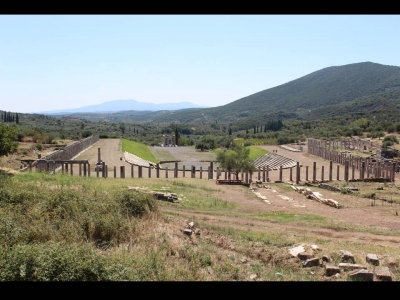