Chobe Linyanti System is part of the Tentative list of Botswana in order to qualify for inclusion in the World Heritage List.

The Chobe Linyanti System comprises the Chobe and Linyanti rivers and the adjoining floodplains and marsh areas. Its variation of habitats provides ample resources for predators and game. It is especially known for its large concentrations of elephants. 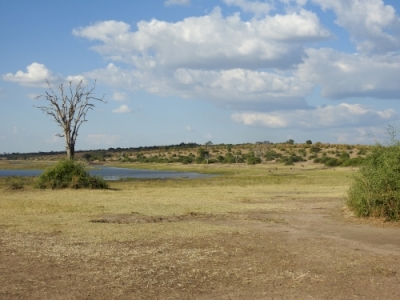 Our first 2 nights were spent in Savuti. Savuti is named after the Savuti Marsh, a former large inland lake whose water supply is fed erratically by the Savuti Channel. It last overflowed in 2012 and in one of the artificial waterholes around the park you can see a breathing reminder of that: one hippo could not get away in time before it all dried up again, and he now spends his time alone in a little pool. A sad story, but he looks healthy. 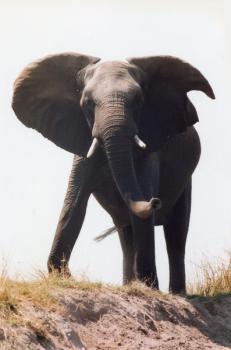