The Battlefield of Waterloo marks the end of the Napoleonic era, which left its mark on Europe between 1796 and 1815. Various memorials have been erected on the site of the battlefield. Most notable is the 43m high “Lion’s Mound”, located on the spot where a musket ball hit the shoulder of the Prince of Orange and knocked him from his horse during the battle. 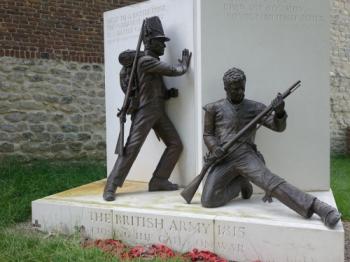